At first glance, my father in-law would not have a lot in common with Darren Lockyer.

Lionel – OK – his name is Lionel. I wanted to get that on the table and out of the way early. Lionel played a bit of League – for the Sherwood Methodists, whoever or whatever they were. But that’s where it finished. Team sport, anyway.

There are however a lot of different dimensions to Lionel. To pain a simple picture, he’s kind of part Alby Mangles, part John Paul Getty and part Mr Bean.

Outdoor adventurer, at one with nature, Astute businessman – in between marathons, he ran a very successful and reputable provincial legal practice for about 1000 years. But Bean definitely visits from time to time. Not that long ago, I caught him trying to make a phone call on the key pad of a microwave oven. Knowing Lionel I wouldn’t have been surprised if he got through.

The same weekend, he was out by the pool, using a $30 fibreglass kit to fix an old pool brush. “You know you can buy a new brush for about $40 – what are you bothering to fix that one?” I asked.

“Because I can,” he replied, continuing to double the size, weight and strength of the pool brush, without even glancing up.

The conversation, didn’t do any further. It often doesn’t with Lionel. Words, unlike fibreglass, are used sparingly.

Which brings me, rather circuitously, to Darren Lockyer.

Lockyer, to my knowledge, never played for the Sherwood Methodists, but just like Lionel, he did spend a lot of time “fixing stuff” throughout his decorated Rugby League career. I don’t think I’ve ever heard him say it publicly, but it was a mantra that guided him through his 16 years at the Broncos. Get busy fixing it.

“It’s all well and good to have identified the problem, the weaknesses,” he’d say. “But what are you doing to make it better?” 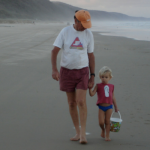 “The lightning fast winger who can’t catch a high ball, or the gifted five-eighth who can’t tackle. Do you get rid of them because they can’t catch or tackle, or do you bank what’s good and invest in what’s not working?”

“The pursuit of perfection is not about constant change. It’s about hard work. Identifying a weakness, rolling up the sleeves, and getting busy fixing it.

“”30 high balls after training, 25 tackles on each shoulder. That’s what is going to help instead of simply discarding a player and contracting somebody else, in anticipation of them being the complete package.”

I couldn’t help be reminded of Locky’s mantra (and to a lesser extent, Lionel’s fibreglass reinforced pool brush) while watching the final edition of ABC’s Offsiders program last Sunday.

Perhaps you saw it? Socceroos’ coach Ange Postecoglou, talking about the alarmingly high attrition rate of coaches – in all codes – over the past 12 months. Seven in the NRL, three in the AFL, Ewen McKenzie standing down from the Wallabies’ job in dramatic circumstances and of course most recently, Mike Mulvey, the reigning A League premiership coach, sent packing just six weeks into the season.

Postecoglou, as always cut straight to the core. ‘Unfortunately, we live in an age where we no longer fix what is broken. We simply replace it,” he said insightfully.

Postecoglou was specifically addressing the trend in coaching, but could have been talking about flatscreen TVs, or iPhones, or soon bowlers. Even marriage.

Increasingly, in our minds, new equals better, clearer, faster, more features. Phones and flatscreen of course don’t even need to be broken before they’re replaced. The can be three months old, and working perfectly, when they’re displaced by the promise of something new and improved.

That’s the thing. When it comes to humans and human nature, perfection can be a little hard to come by. There’s no such thing as a perfect coach, a perfect player, a perfect CEO, But it seems we’re searching, more and more impatiently.

One coach who is deemed to be too consultative gets sacked and is replaced by a bloke who as it turns out, is a little too authoritarian. Doesn’t delegate. Can’t work with other coaches. Bang. He’s gone too. Next.

I’m not suggesting for a second we all plug away blindly with situations that are clearly irretrievable. Some beetles will always finish on their back, no matter how many times they’re flipped over. But in other instances, I think there’s merit in revisiting why somebody was appointed in the first place. What was the appeal? What credentials did they have? What skills had they demonstrated? Then with the other stuff that’s not working so well… get busy fixing it.

Anyway, I’m sure you have your own view.

If you’re ever interested in garnering the perspective of a wise old man, I’m happy to give you Lionel’s number. You can give him a call on his Microwave.

If you can’t get through, keep trying. He’s probably just on another call.

Third Half Athlete of the Month: He’s not really an athlete. In fact, he doesn’t even have a job, but I thought Mike Mulvey’s handling of his astonishingly premature “execution” was outstanding. In accepting the gong of “Coach of the Year” at the Queensland Sports Awards, he had a golden opportunity for a parting shot, a short sharp one to the ribs of the Roar hierarchy. But not a peep. Gracious, accepting. Classy.

Honorable mention: Tasmanian sprint sensation, Jack Hale, for getting people talking about Australian athletics again, after – what’s it been? – a 30 year hiatus? Wouldn’t we love to seem him go all the way to the top? – If for no otter reason all the corny newspaper headlines it would generate. HALE DAMAGE.HALE AND HEARTY, HALE STORM, HALE THE NEW TRACK KING. It’s already started.

The Golden Lance for Brand Erosion: It’s been keenly contested all year, some mind numbing acts of self immolation, some brazen stupidity, often but not always linked to either alcohol or phones – or both. The Bubbler Boy of course produced the standout solo act, but for the sake of humanity, I’m officially declaring Todd off limits from here on in. No more Todd Carnage in the Whistle. Ever. He’s earned immunity. Instead, I’m going to call 2014 a draw between Paul Gallen and Kurtley Beale. Paul’s had a huge year, but peaked when essentially calling the people who pay him in excess of $800K a year a bunch of C’s – while it must be remembered, he was serving a suspension for performance enhancing drugs. Super stuff that. And Kurtley, well he’s the gift that just keeps on giving. Rugby officials can pontificate al they like as to why only 41,00 people turned up to the final Bledisloe Cup match of the season. But they need look no further than their handling of persistent anti-social behaviour, and the message it sends to every stakeholder – players of course included. People have had a gutful. Many simply aren’t as passionate about the game, and the results, as they once were. The Wallaby Brand, dare I say it, has been eroded.

Footnote: A bloke from Kurtley’s management team cancelled his Whistle “Subscription” after the last post, claiming I had no right to be talking about his prized client the way I was. That’s how it works in sport. Somebody’s telling you what you don’t want to hear? Easy. You cut them off, then go find somebody with a more palatable message. Do you reckon that might be part of Kurtley’s problem in the first place? It’s not just me saying it, David. At some point, you’ll work that out. (Now… how do I get David to read this…?)

Thought of the month: “No matter how great the talents or efforts, some things just take time. You can’t produce a baby in one month by getting nine women pregnant. “ – Warren Buffett.