My apologies if these words present in any way as self-indulgent. They’re not meant to. In fact, I’m pretty sure Phil, unless prompted, wouldn’t even remember my name. I was just another voice in his ear.

Also, what might be considered a breach of “client confidentiality” has been OK-ed by the COE.

Probably like a lot of you, I  haven’t been able to bring myself to watch the Phillip Hughes vision. I’ve never seen the footage of Alex McKinnon’s injury either. The thought of both sends shivers through my whole body.

I wanted to write something – but what? What’s left to say?

Then last night, while sifting through some archived computer folders for an old cricket presentation I’d offered to send to a mate, I happened upon a file marked “Hughes P”. Part of me wanted to delete it immediately, another painful and unwanted reminder, but I couldn’t. I opened it. It was the report I’d written after meeting Phillip for the first time at Cricket’s Centre of Excellence (COE).

He was 20 at the time, not yet a Test player, but everyone knew it was just a matter of time.

The report only consisted of a couple of Powerpoint slides, but it was enough to jolt a multitude of memories. END_OF_DOCUMENT_TOKEN_TO_BE_REPLACED 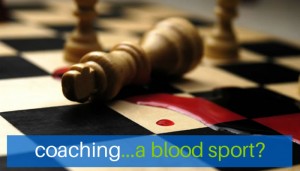 So, another footy season done and dusted.

A couple of mobs very, very happy, a few pretty happy, some hopeful for the future, others lamenting what might have been, one or two scratching their heads, and the rest, truth be known, probably feeling the pinch.  We don’t tolerate failure in this day and age. Bugger “transition”. Bugger “building for the future”.  You’ve got to win. And it’s got to be now.

Now I know head coaches are well paid, and most openly accept the inherent “vulnerability” of their chosen occupation. But seriously, who’d want to be one? Have you seen them on TV – the shots of them in the coaching boxes, strangling things? END_OF_DOCUMENT_TOKEN_TO_BE_REPLACED 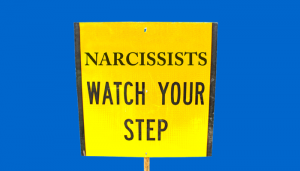 Looks like our swimmers are back in sync, doesn’t it? I was going to say “back on track”, but that’d be stupid. That’s probably more our runners.

But plenty of promising signs in the pool, first of all at the Commonwealth Games, then the Pan Pacs. I’m not just talking about times and medals, I’m talking about all the peripheral stuff – the measured talk,the steely focus, the body language, the realistic self assessment post race, just the general vibe.

Compare that with the rabble we witnessed in London, where many of the same chiseled bodies seemed distracted, some even immersed in their own self importance.

We had the senior “leaders” running amok in hotel corridors, like naughty Grade 8s on their first high school camp. We had others, constantly trowelling through social media, to see what the world had been saying about them, Facebook and Twitter.  Wow. Look at all the retweets that one got!  I’m up to 8000 followers.  I wasn’t there, but I’m thinking a few too many larks and likes, and not enough laps.

Oddly enough, the other day I bumped into somebody who was in London – Libby Trickett. We all remember Libby – one of our best, permanent smile, and I’m guessing a girl not too many blokes would be prepared to arm wrestle. You may also remember that Libby was missing from the swimming scene for a few years, retiring in 2009 before mounting a comeback for London.

It seems a lot changed in those three years. What immediately struck Trickett about London was thenumber of empty seats in the Aussie “team area” at the pool. In her two previous Olympics, it had been standing room only. You swam, and you stayed. And you supported, loudly and proudly. You had to, but you also wanted to. Because that’s what “teams” did. END_OF_DOCUMENT_TOKEN_TO_BE_REPLACED 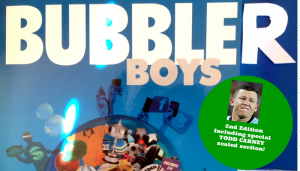 Gee, been a bit going on in sport over the past month or so, hasn’t there?

Very hard to keep up. Adam Scott, the world No 1, winning, Daniel Riccardo in his Red Bull buggy, deprived, and then winning, Stephen Moore, our new Wallaby captain, his reign cut short after just two Test match minutes. Sidelined for the year, with a horrid knee injury, just like David Pocock. AFL, the ever defiant Essendon – continuing to search for loopholes, excuses, justification, validation. Who cares about the game? We can get out of this yet.

Then Origin – the rebirth of the Blues, how long has it been? 20 years? Laurie Daley – how can you not love what he brings to sport? Thank God it wasn’t Gus or Ricky who led the resurgence. In the US, Canberra’s Patty Mills spurs on the Spurs, Townsville’s Aron Baynes chips in too. Two more Aussies now wearing an NBA championship ring. Rare.

Then June, the World Game – the beautiful game – springs to life. Ange Postecoglou’s young charges, occupying – at least temporarily – the hearts and minds of average Australians. What’s that bloke’s name – Cahill? Whack. WHAT A GOAL! A couple of days later, the not so beautiful game – some Italian defender thrusting his shoulder into the mouth of the brilliant but occasionally misunderstood Uruguay striker Louis Swarez. And the goons from FIFI suspend Suarez?! Is there no justice? Didn’t they watch the footage? 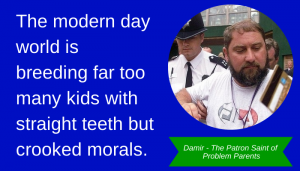 I heard a beauty the other day, talking to my old mate Pete. The father of a budding young football star, who’d been lucky enough to receive a small grant to help kick along his career, didn’t take too kindly to the “terms and conditions” of the funding.

He’d been asked to sign a waiver, permitting the organisation to use the young player’s image in any promotional material. A press release, for instance. The the local paper. Circulation? I don’t know – 200? 300?

But Dad smelt a rat.

This was commercial exploitation.  At its worst. His kid was going to be a superstar. He knew that. His autograph alone would be worth millions – Goodness knows what somebody might pay to use his image.  And here he was, being asked to sign it over forever, for some infinitesimally small amount.

Tricky business, being a parent of the “next big thing”. So many opportunities, so many pots of gold, perched on the top shelf, just waiting to topple off into waiting arms. Sometimes, it even involves the kids. END_OF_DOCUMENT_TOKEN_TO_BE_REPLACED 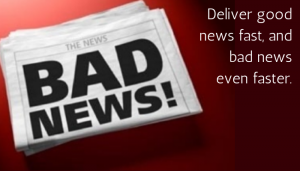 You’re probably going to find this hard to believe, but I swear it’s true.

A little while ago, a footballer – let’s call him a newcomer to the big smoke – a newcomer not completely au fait with the intricacies of big smoke living – racked up $26,000 in traffic fines over a period of just six months.

The amount owing wasn’t $26,000 immediately, you’d understand, but it escalated rapidly with every fine that went unpaid, with every parking infringement notice, every toll, every speeding ticket that was filed furtively in the rubbish bin.

The recipient feared he would get into trouble if anybody in authority learned of his traffic transgressions.

Surprise surprise, they did eventually – about the same time the club decided not to renew the rookie footballer’s contract. Club officials negotiated with the various traffic authorities on his behalf, finally reaching settlement of $8000 – which just happened to be the payout figure on his footy contract.

Wacko. We’re all square. Thanks, now off you go. END_OF_DOCUMENT_TOKEN_TO_BE_REPLACED 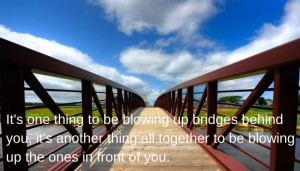 Is there anything more Awstrailyan than getting in that last little punch?

I’m guessing it stems from our childhood – jostling with your siblings for space in the back seat during those long trips in the Kingswood or the Valiant (or for the younger kids – the Toyota, the Kia, the Hyundai or the Subaru).

Do you remember? No matter who started it, the most important thing was getting in that last little rib tickler before Mum or Dad – usually Dad – yelled: CUT IT OUT THE LOT OF YOU – OR I’LL STOP THE CAR AND YOU’LL WALK.

I couldn’t help but think of those old backseat skirmishes when reading the other day of Steve “Stumper” Rixon’s culling from Australian Cricket’s coaching ranks.

Rixon had been advised that his contract as an assistant coach was not being renewed. What did he do? He got in that last little punch, a parting shot at the decision makers as he picked up  his kitbag and marched out the door. END_OF_DOCUMENT_TOKEN_TO_BE_REPLACED 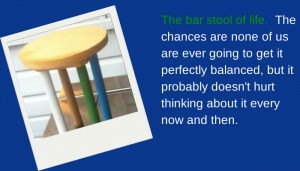 If we can just reduce our error rate by 1 percent, if we can get them 1 percent fitter, 2 percent stronger…

It’s the same in business – a 1 percent improvement in staff engagement, 2 percent in efficiency, a 1 percent reduction in the cost of raw materials.  There are so many of them – my mate Dean reckons there could be up to 100!

We try all sorts of stuff to achieve these 1 percenters.  We have more meetings, more video sessions. We employ more experts, who fill up our heads with more instructions and more ideas.

END_OF_DOCUMENT_TOKEN_TO_BE_REPLACED 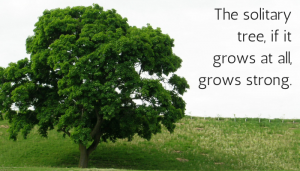 Ah the Ashes. Is there any sporting contest quite like it? The old Mother Country, going head to head with its brash, even errant off-spring, in a three month battle of wits and willow, guts and guile.

Close your eyes and you can almost hear the crowd stamping their collective feet as the bowler charges in for that suspenseful first delivery. Steve what’s his face – Harrison? In 2006, he must have had his eyes closed too – his first cherry almost hit the English gully fieldsman in the shin. END_OF_DOCUMENT_TOKEN_TO_BE_REPLACED

Gee. Aren’t there a lot of “what ifs” in sport?

Not a week goes by without an athlete or a fan or an official uttering the words, about something or somebody. What if he hadn’t put his foot over the touchline? What if he’d held onto that mark? What if that pass hadn’t been ruled forward? What if any of those six officials – just one of them – had been able to count to six?

Sometimes, as I discovered recently, the “what ifs” occur even before a footy has been kicked or a ball has been bowled. END_OF_DOCUMENT_TOKEN_TO_BE_REPLACED