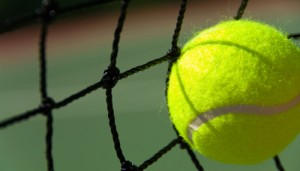 This past week has not been great for either of you. Shocking in fact. You might not be aware of this, but there’s now a Tennis Wanker App available for download. Seriously. And guess what? You’re both ranking well. Very well, particularly you Bernie.  You’re off the scale – the benchmark, in fact. Now I know neither of you care what anyone thinks, particularly all the nuff nuffs in the public and the media, but just humour me for five minutes. There might just be one sneaky little morsel that you can take away from this rant – and privately, seamlessly, begrudgingly – incorporate into your privileged, yet apparently misunderstood existence.

First of all, understand this – YOU ARE LUCKY. Lucky in the sense that you have been blessed with some rare God-given talent that any sports-loving Australian kid would love to have – would walk 100km over broken coral reef, if it meant a chance to win Wimbledon. And don’t dare shit me with that “we owe our success to hard work” rubbish. You can work hard at making a chocolate cake out of gravel and mud, but it’s never going to win a ribbon at a fete. You have to start with something. So how about a little humility. Just a skerrick. Fake it if you must. END_OF_DOCUMENT_TOKEN_TO_BE_REPLACED

To anybody still listening, please consider this:

Let’s not hate these guys. Let’s not spit at them in anger. Let’s understand that many of the qualities that make them so good, also make them vulnerable. Vulnerable in the sense that their self belief is so strong, their focus so sharp, they don’t always see what we see. Hardly ever, in fact.

It might sound like I’m hedging my bets, but I’m not. Bernie and Nick – in the eyes of so many (certainly mine) – have been carrying on like wankers. Huge wankers. That doesn’t mean we should hate them, or bode them any ill will. It just makes them easy targets.

It helps to understand that we all look at sport through our own paradigm, overlaying others’ performances and actions with our own beliefs and value systems. I was brought up to accept personal responsibility, to live within my means, and to respect authority figures. Tomic doesn’t – he’s a wanker.  See what I mean? Stop and think for a second – how was Bernie brought up? What script do you reckon he’s been reading (or had read to him) for 22 years? (Morning, John!) END_OF_DOCUMENT_TOKEN_TO_BE_REPLACED

Well into footy season now, and gee those refs and umpires are having a pretty ordinary time of it, aren’t they?
Too much intervention, not enough intervention, missing stuff all over the place. Decisions that are too hard, decisions that are too soft.  Sometimes you wonder whether they’re watching what we’re watching. And a few codes have multiple officials. Double the mistakes. Just hope Rugby never goes down that path. Imagine that? There’s about 200 possible infringements from a lineout alone. The games wouldn’t finish until midnight.
I don’t know whether it’s occurred to you – but I reckon these blokes in white and pink are getting worse by the year. Back in the 80s and 90s, they rarely made a mistake. The games flowed. They even let blokes punch the living day lights out of each other.  (Remember the Grasshopper? He almost encouraged them!). Now the slightest “apparent” indiscretion gets checked from 11 different angles. Think what it will be like when they get a few more cameras dotted around the grounds. And we really shine the spotlight on how hopeless they are.
This might be a little radical for some, but I’d like to propose we get rid of all refs and umpires. On the ground, on the sideline, up in that stupid video booth. Shoot the lot of them. Let the players run the games. They know the rules.  They’d be fair. It’d be great.

END_OF_DOCUMENT_TOKEN_TO_BE_REPLACED 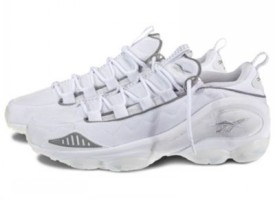 Close to 10 years ago, three young blokes were caught up in a drug bust in the car park of a popular tourist beach.

In the whole scheme of things – it wasn’t that sinister – just marijuana – but plenty of it.

Two of the teenagers were arrested, charged and went through the court system. The third wasn’t. He was sent on his way, but not before he’d signed a few autographs, answered a bunch of questions about footy, his teammates, and the club’s prospects for the upcoming season.

And we wonder why some athletes think they’re beyond the law, strutting around as if society’s rules and regulations don’t apply to them.

They don’t. At least not always.

The star struck young constable probably told his mates, as soon as he could, about the huge favour he’d bestowed on the rookie footballer.

If only he knew the truth. If he’d been a cop instead of a fan, the young bloke might have learned a valuable lesson.

Does this explain, in any depth, the current drug-fuelled chaos in the football world? Of course not. Then again, Ben Cousins – because he was so “special” – was allowed to wear white shoes to high school.

And look where that got him.

I couldn’t help but draw a comparison between two young Australians who met their demise this week.

First of all – and very publicly – Ryan Tandy, one time NRL footballer, unquestionably most famous for his hair-brained scheme to rort the sports betting system in 2010.

Long since exiled from the game, Tandy made a conscious choice to end his comparatively short life, overdosing on prescription drugs in his family’s central NSW coast home.

This was the home his mother had been required to remortgage, on account of Tandy’s accumulated gambling debts – and other un-named personal shortcomings. It’s also the home she’ll continue to pay off for years to come, while the sad memories of her son – in his room – linger.

Regardless of what had been stirring within, Tandy for much of his career had operated on the murky edges of Rugby League’s old world – the undesirable old world. He’d broken the rules, and cut corners. He hung around with the wrong people. In late 2010, he (and others) tried to milk the system, taking advantage of what many would describe as a privileged position – Tandy’s role as an elite sportsman. END_OF_DOCUMENT_TOKEN_TO_BE_REPLACED

I’m loving this new found aggression of the Australian Cricket team – to a point.

The steely eyed glares, the “I shalt not be moved” body language – there’s clearly now a deep seated self belief in Michael Clarke’s men.

But in the same breath, I think they need to be careful, Very careful. The line is very thin, and easily crossed. When they – the Aussie fieldsmen converge on an opposing batsman like a rabid dog – like they did with Faf du Plessis – for picking up the ball –for yes – picking up the ball and handing it to somebody close in – that’s when we – the mug punters go: Hang on, fellas.

It’s been explained to me they – the barking mad fielders – don’t want any sweaty gloves near the ball – their ball – because it will affect the chances of the ball reverse swinging. Well lets all pick it up with a hanky, shall we?

Australians love winners, but they demand a level of respect. Respect for the opposition, and perhaps more importantly, respect for the traditions and spirit of the sport.

At the risk of unfairly apportioning blame, the feisty little bulldog that is David Warner needs to be kept on a tight leash.

How refreshing was it hear the coach of an elite sporting team, put his hand up and admit that he’d made a mistake? A big mistake.

In the aftermath of the Waratahs v Reds Super XV Rugby match in Sydney, Tahs Michael Cheika conceded he was so hell bent on playing attacking Rugby in 2013, he’d kind of forgotten about the defence. He’d let the team down.

Rod Kafer, who was doing the interview, almost swallowed the microphone, so frank was Cheika’s admission. Coaches don’t say that sort of thing.

Granted it’s easier after your team’s just belted the opposition to lay yourself bare like that, but that still doesn’t undermine the appeal.

Self analysis is all too rare in elite level sport, particularly at a coaching level where the focus too often turns immediately to the performance of key match officials.  They’re normally the ones who stuff things up.

After seasons of underperforming, the Waratahs have got a long and difficult climb back up the ladder of sporting acceptability.

Most of the early 2014 impetus has been provided by the freakish talents of Israel Folua, but Cheika clearly has his charges (and himself) in a great headspace.